The SEO news release includes keywords and optimized language that help search engines find your insurance agency news release and serve it up when people enter keyword prompts into a search. When your news release pops up, voila! People read it and click on the back links to your site. 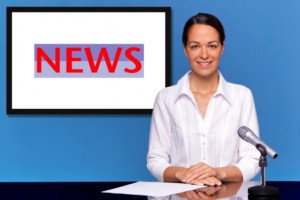 There are now many websites that will host and get your insurance agency news release indexed on the major search engines at no or very little cost. Usually the service itself is free, but if you want to create anchor text, which are a word or words included in the news release that link back to your website, that can cost $30 or so.

Skeptics claim that, even when people find your insurance agency news release while web surfing and read as far as the anchor text, very few of them will actually click on it. The real SEO benefit here works in reverse direction, they say. When you link from your site to the site where your news release is stored, you increase the number of links for the free press release site. The SEO game is very much about acquiring authority, and the more links a site gets, the more authority it has.

SEO news releases present another problem for insurance marketers:  will your readers be distracted by competitors who buy pay-per click ads based on the same keywords you used in your news release? Whether the back links you get are sufficient to increase your inbound traffic and significantly provide warm leads, you be the judge. It doesn’t cost much to try SEO news releases or you can also look at these guys and learn more.  Just don’t forget that this is probably not the distribution method you want to use if you think you’ve got a good story and you want to attract journalists to write about it.

An SEO consultant or general SEO will play absolutely no part in getting a journalist to write a story based on your news release — not the business reporter at your local newspaper or the trade journalist for the regional printing industry publication who  you’re targeting for your news release about your special programs for printers, for example. In fact, if you only issue an SEO news release, no journalists are likely to  see it.

The most important thing about a traditional insurance agency news release is that it gets distributed to thousands of real, live journalists— unlike SEO releases, which go to sites to be indexed by search engines.  When you send a news release through one of the traditional wire services, such as PR Newswire, Businesswire or Marketwire, your news release may inspire a journalist to write a story.  Sure, at maybe $400 per release, it will cost you more than sending a news release to an SEO news release service.

Getting that big story from the press is the prize you might get by distributing your insurance agency news release through the wire services. I say “might.”  Sometimes nothing happens. Especially at first. You need to get to know your local business editors and the trade press for your target industries and be consistent about issuing press releases to them.

So what’s the takeaway here?  If you have news you think would make a good story, it deserves a traditional insurance agency news release.  On the other hand, there are many uses for SEO news releases, which I’ll talk about next time.

I’ve been thinking of writing about public relations for insurance agencies, so I started reviewing a little booklet that I wrote on the subject a few years ago.  I was surprised to recall that in the 1990s, insurance agents rated “image” fifth in the top 15 factors critical to agency value.

What does “image” even mean anymore?

It’s a word you don’t hear much these days, at least not used in that way.  “Image” used to be such a popular word, too.  Remember Andre Agassi’s commercials for Canon in the ‘90s?  “Image is everything.”   And of course image was perception — which, as the Rolling Stone ads in the ‘80s pointed out, was not necessarily reality.

I Googled the phrase “insurance image” and the number one search result was a smorgasbord of graphics used in insurance presentations.   Most of the other entries were insurance company logos.  The prominence of graphic design terms in the culture has obviously far overtaken the meaning of the word as a PR concept.

In Merriam Webster, you don’t get to the definition of image as a “mental conception held in common … and symbolic of a basic attitude …” until line 5 a 2).

In my first page of Google search results, the only mentions of “insurance industry image” related to problems in African countries where consumer protections against fraud are somewhat lax and consequently, the insurance industry has a tarnished image.

So what is the state of opinion in the U.S. today regarding the image of the insurance industry?

Basically, it doesn’t seem to be much of an issue any more.   I read an article written in January 2010 about insurance companies complaining that it was hard to recruit people to enter the industry because of perception (image) problems.  I wouldn’t be too sure that’s their tune today, though.

Here are some factors that I think might have improved the insurance industry’s image in the past few years:

I know these can’t be the only reasons and that not everyone will even agree with me on these.  I’d be curious to know your thoughts.

Get Newsletter Samples and Prices Emailed to You